Stars, Hats and the Joys of the Awards Season 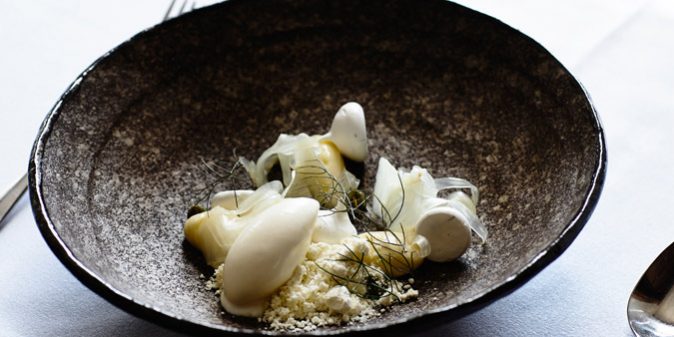 Late winter is a busy time for media generated awards and as usual DMP members have been prominent in what might be called ‘awards season’.  It starts in with the delicious Produce Awards which, apart from being a great guide for consumers to excellence in Australia’s small scale agricultural and artisan product development, it is increasingly a significant marketing filip for those fortunate enough to be recognised.

DMP members recognised by delicious this year included Warialda Beef who won the ‘From the Paddock’ Gold Medal; and Holy Goat was inducted into the Hall of Fame for their La Luna cheese.  Jonai Farms, Sher Wagyu, Angelica Organics were all finalists chosen from a field of more than 16,000 entries.

The next annual of major significance to Australia’s wine producers is the James Halliday Wine Companion.  Halliday’s authority in the field is unparalleled and any inclusion in this national snapshot of Australia’s wineries and their products is a valuable consumer tool and terrific for the wineries concerned.  Members featured this year included Gisborne Peak, Eastern Peake, Passing Clouds, Ellender Estate, Zig Zag Winery and Curly Flat.  Curly Flat are to be congratulated for their 2014 “Exceptional” 5 star rating.  Overall Halliday rated the wines of our region very highly.

In August, it was another significant wine industry event that brought attention to our region with the Lake House sharing the honours with Rockpool Bar and Grill Perth for Australia’s Best Winelist as voted by the Gourmet Traveller Wine/Fine Wine Partners Wine List of the Year Awards.  Not only was this award recognition of Lake House’s carefully curated wine program but sommelier Stacey Lee Edwards was also recognised as Australia’s equal Best Sommelier alongside Ian Baverstock of Rockpool Bar and Grill Perth, an award recognising the professionalism they have shown in developing and managing these award-winning lists..  Lake House also won Australia’s Best Regional Wine List and Best Victorian Wine List.  It is worth noting that local resident and DMP champion Tom Hogan of Harry and Frankie in Port Melbourne, won the accolade of Best Wine Bar, a significant achievement for a new business with a strong Daylesford and Macedon regional representation on his list.

August is also time for The Weekend Australian Magazine’s annual Hot 50 edition, a national list of just 50 restaurants from around the country deemed ‘hot’ for their food, wine, service, creativity and dining magic.  The Lake House again made the cut.

Just days later it was Gourmet Traveller’s turn to release the 2015 Australian Restaurant Guide. Every restaurant listed in the guide offers a winning dining experience; and any that achieve a placement in the Top 100 represent a higher order of excellence. Lake House and The Argus Dining Room were recognised with places in the Top 100, achieving 28 and 73 respectively.

Finally, awards seasons closes with the significant event that is the annual publication of The Age Good Food Guide.  As well as including many DMP members for assessment the 2015 guide recognised several of our members with ‘Hat’ status.  They include The Argus, du Fermier, Annie Smithers Bistrot with one Hat and the Lake House with two.  Lake House was also recognised as being Victoria’s Best Gourmet Getaway.  This is not only an important achievement for the restaurants involved but for the producers who supply them.  This synergy adds to the momentum of the region as a hub for small scale artisan agriculture and produce, be it food or wine.

All these awards and inclusions represented meaningful national press coverage for the region.  DMP congratulates all its members who have been recognised in this latest wave of critical scrutiny.  It’s a time to be proud and reflect on what we have in this region and what we have to share with our visitors.