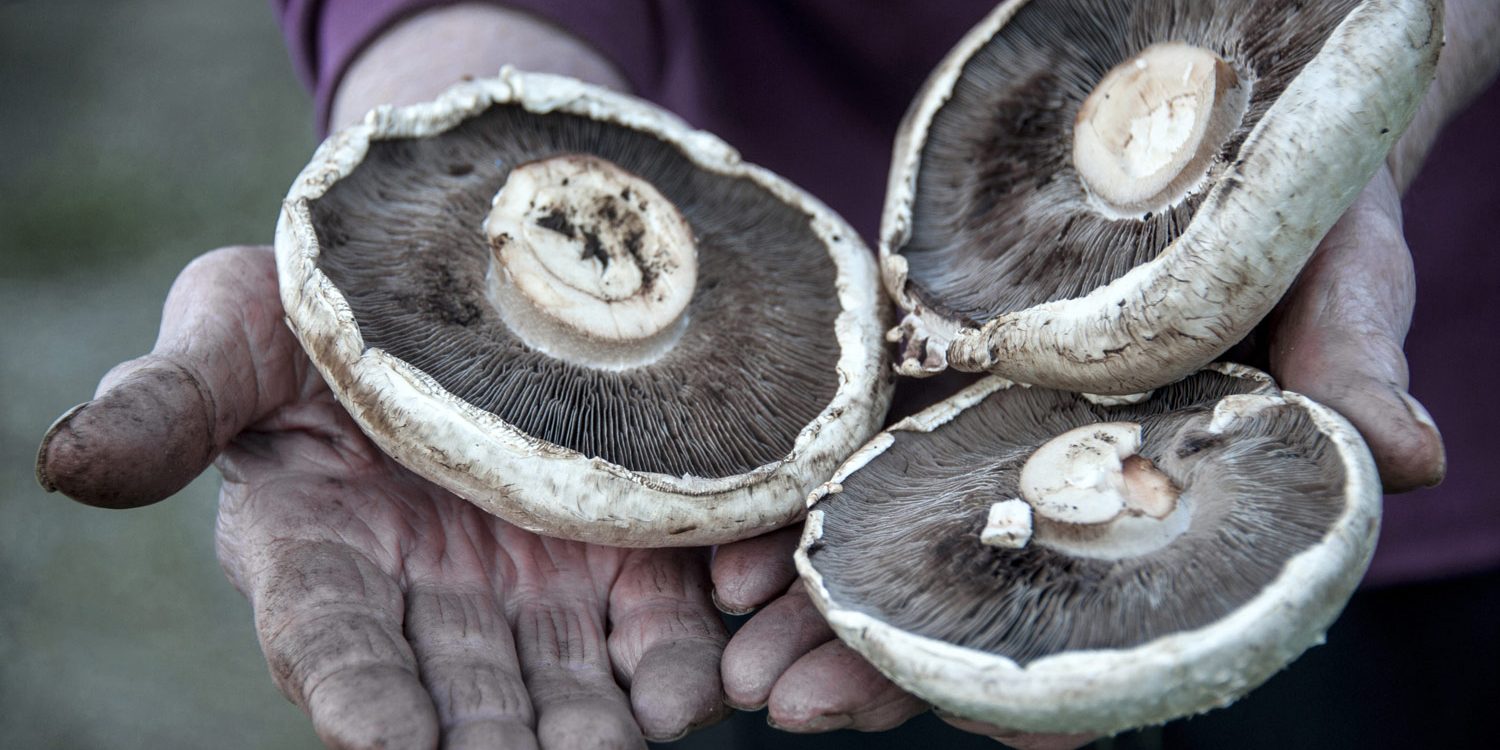 Foraging for edible mushrooms is gaining popularity in Australia. With their earthy fragrances of wet forest, mushrooms truly capture the essence of the cooler months. However, those who fancy collecting a few mushies for dinner should take heed. Dangerously poisonous species lurk among the edibles that could land you in hospital or even in the grave. Telling them apart takes time and experience. Those foraging for edible fungi must be able to identify toxic lookalike species, especially the infamous death cap, Amanita phalloides.

Novice foragers should begin with more easily recognisable edible species such as the saffron milkcap, (Lactarius deliciosus), the slippery jack (Suillus luteus and S. granulatus) and the lawyer’s wig (Coprinus comatus). Each has its own particular features that need to be understood and recognised to make accurate identifications. Also, be aware that edible fungi cannot be identified from photos alone.

Saffron milkcaps (Lactarius deliciosus) grow in association with pines. Foragers in the region typically head to Pinus radiata plantations where they grow in great abundance.

The lawyer’s wig (Coprinus comatus) is so-called because of its tufted cap that resembles…you guessed it…a lawyer’s wig. Also known as an inkcap, this species produces copious quantities of black spores that resemble black ink as it deliquesces. They commonly pop up in lawns and disturbed areas such as track edges.

Keep in mind that dozens of native mammals such as wallabies and potoroos rely on fungi as food. Fungi are generally fairly indigestible to humans; hence we’re best just to eat them in small quantities. If you’re collecting edible fungi, remember only to take what you’ll eat that day and leave plenty for our native fauna.

Although the world is currently in lockdown, the fungi are running riot out there in the forest. The recent rains could mean we are in for a bumper mushroom season, but please forage within the constraints of the current isolation rules and remember that foraging is not permitted on public land.

Each year ecologist and environmental photographer, Alison Pouliot, runs forays and workshops to show people how to identify fungi and this year they are happening online.

Curiosity the antidote to anxiety
April 16, 2020
Go to Top