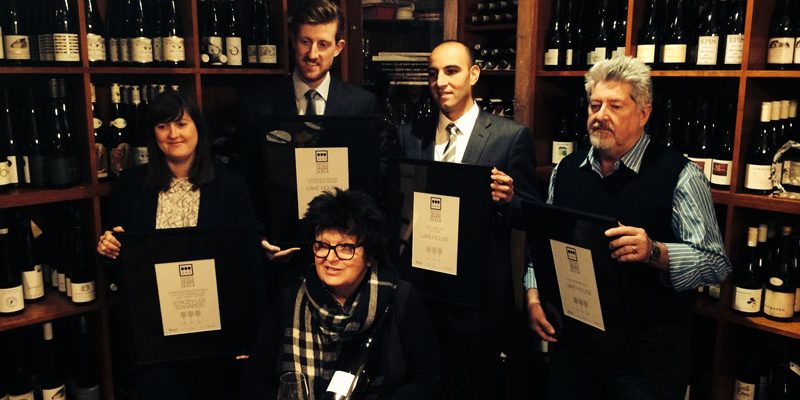 “I remember when we put in the cellar and my mother said “are you nuts? It’s a little country restaurant!” a wobbly voiced Alla Wolf Tasker laughingly reminisced this afternoon after learning Lake House has won 2014 Wine List of the Year, Best Victorian Wine List and Sommelier of the Year. “It’s freaking nuts! It’s so wonderful for the team, for the region and for the winemakers… We’re all bumping into each other all over the place!”.

Every year, for the past twenty years, a jury of thirty international wine experts pours over nearly 400 wine lists submitted from the length and breadth of Australia to find the finest in the country. They’re looking for the list that represents a commitment to excellence and an investment, not only in a cellar, but in a wine education program, the personnel, service and training that it takes to create a truly great wine experience.

In an event unprecedented in the awards 20 year history, DMP member Lake House, in Daylesford, tied with Rockpool Bar & Grill, Perth, to share the 2014 award for Wine List of the Year. As a result, their respective sommeliers, Stacey-Lee Edwards and Ian Baverstock, share the Judy Hirst Award for Australia’s best sommelier, an award recognising the professionalism they have shown in developing and managing these award-winning lists. 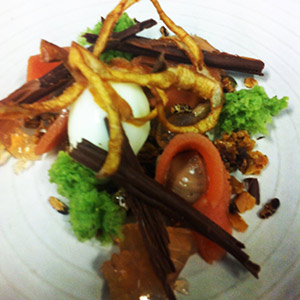 “Everyone is weeping, Stacey, me… I’m so proud and thrilled for everyone involved”. Alla acknowledged the long-term contribution of previous sommelier and local resident, Tom Hogan, now making his mark in Port Melbourne (see further down). “Stacey has taken the list and made it her own now. She is adventurous and daring in her selections, putting on more regional producers and branching out into orange wines and bitters. She’s taking the restaurant on an interesting journey and I love working with her matching wines with new dishes like our latest ‘Winter Ramble’ a dessert of quinces, chestnuts, nuts, seeds goats, milk and honey matched with Maidenii”.

According to Chairman of Judges, Peter Forrestal, scores throughout the counting for this year were incredibly close. “The winner is chosen by the 30 members of the International Jury who rank the seven finalists. With the votes of three judges to be counted, four points separated the top three lists. Remarkably, two outstanding restaurants ended up with an equal score.”

Wine List of the Year can only be won once, and it puts Lake firmly in the hall of fame. The Lake House wine philosophy is driven by the belief in the intrinsic relationship between wine and food; a relationship that is complementary and inspiring to one another. “We’re blessed with an enviable location within the Macedon Ranges, surrounded by world recognised regions, such as Heathcote, Bendigo, the Pyrenees and the Grampians. We are proud to represent our immediate neighbours within our wine list.”

And what a list it is… with 800 labels from the surrounding wine regions and benchmark vineyards from around the world it could be an intimidating experience if it weren’t for Stacey and her team.
“It’s our role to maximise your food and wine experience” she says.

Fine Wine Partner Chairman, Rob Hirst congratulated all entrants for the quality of this year’s lists. He commented on the extraordinary growth in the Best Listing of Australian Wines category with 63% more entries this year. “This is great news for Australian wine producers.”

Other trends noted by Judy Sarris, Editor, Gourmet Traveller WINE included the rise of wines by the glass listing and an increase in listing of spirits. “Wines by the glass are on the increase and spirit lists are more exciting than ever with many showcasing the new raft of spirits from Australian producers. Overall lists are showing better balance with due support being given to Aussie winemakers and it’s pleasing to see regional restaurants sourcing local wines to marry with the local ingredients used in their kitchens.”

DMP was also excited to see local resident, DMP supporter and former sommelier at Lake House, Tom Hogan, was also a winner, having been awarded the Tony Hitchin Best New Wine List for his new venture Harry and Frankie in Melbourne.