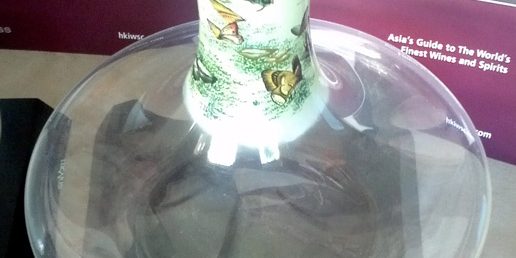 Chris Cormack’s Pegeric Wines of Macedon has won the Trophy for Best Wine in the World with Braised Abalone, his third trophy in 4 years at the Hong Kong International Wine & Spirit Challenge (HKIWSC).

The winning wine is the 2007 Pegeric Pinot Noir, grown on the estate vineyard at Tylden, just outside Kyneton in Victoria’s Macedon Ranges region. To Pegeric entered just six wines and won six medals and a trophy.

The Cathay Pacific Hong Kong International Wines & Spirit Challenge has two characteristics that set it above other shows in the world of wine. Firstly, it allows entry from any producer, regardless of size. This levels the playing field and sees a greater representation of smaller producers amongst the awards – not just the larger ones.

Secondly, judging takes place with food – giving the most authentic representation of the real world wine drinker’s experience at home or in a restaurant.

According to Chris, “Pegeric is one of the smallest wineries in Australia – in most years we make just 100-200 cases. This makes us too small for entry into the more commercial classes at most Australian shows. Wine shows such as the Cathay Pacific International in Hong Kong give us a rare opportunity to benchmark ourselves against the best in the world, not just Macedon, Victoria and Australia. It’s great to win a medal in international competition, but a Trophy for Best in the World is something else again.”

Pegeric’s wines have now netted three trophies (and three runners-up for trophies), six gold, 19 silver and 24 bronze medals since 2010.
This represents a level of acclaim entirely out of proportion to Pegeric’s small production.