Holy Goat on a path to finding Holy Grail 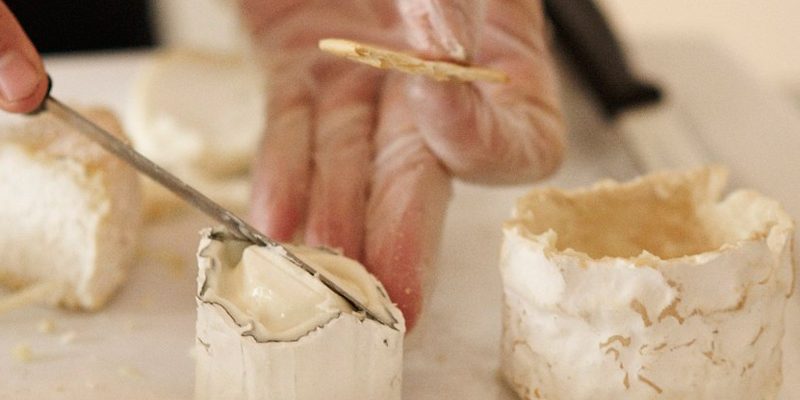 The trial will capture the naturally occurring microbes in the raw milk used by artisan cheesemakers and turn those microbes into a starter culture that can be added back into the pasteurised milk used to make cheese. Until now, this method has been an impossible dream for Australian cheese makers and enthusiasts due to local regulations.

“This project is a very exciting development for Australia’s artisan cheese industry, as it could see us develop distinctive Australian cheeses that express their regionality through unique flavour-enhancing cultures,” said Carla Meurs, ASCA President and co-owner of Holy Goat Cheese.

“The ability to develop and use these cultures is particularly important in Australia where most cheeses must be made with pasteurised milk, and a very limited range of commercial cheese cultures is available for use by our cheesemakers,” said Meurs. “And as one of the participating farmhouse cheesemakers, I’m really excited about being able to uncover the huge diversity of beneficial microbes in our goat’s milk and our farm, and reflect the unique characters in our cheese.”

Artisan cheeses, like other fermented foods – wine, beer, sourdough bread, cured meats – are largely dependent on the types of microbes used to produce them to develop the flavours, textures and characteristics of artisan cheeses. Traditional European cheesemakers have learnt to harvest these microbes – naturally occurring yeasts, moulds and bacteria that are present in the milk and surrounding environment – to create natural starter cultures that add unique flavours and textural characteristics to their cheeses.

In Australia, cheesemakers are mainly limited to using starter cultures produced commercially, rather than being able to “seed” their cheeses with naturally occurring microbes unique to their region. Also, Australian regulations require that most cheeses are made with milk that has been pasteurised, a process which destroys both the “good” microbes, and those that have the potential to cause illness.

By harvesting the natural microbes in the raw milk, and using these to create starter cultures in a carefully controlled laboratory environment, the cheesemakers can produce cheeses from pasteurised milk that uniquely express their region.

Four Victorian artisan cheesemakers will provide the milk they use to make their cheese for the project: Holy Goat Cheese (goat’s milk, central Victoria), L’Artisan Cheese (cow’s milk, south-western Victoria), Maffra Cheese (cow’s milk, eastern Gippsland) and Prom Country Cheese (sheep’s milk, south-western Gippsland). These cheesemakers have been chosen as they are farmhouse producers – they make cheese from the milk of their own animals or a neighbouring single dairy herd.

The trial is expected to commence soon, which means the cheesemakers will be able to supply Spring milk, which is likely to be high in microbial activity.

The project will be funded by the Victorian Government under its Technology Development Voucher program. The trial will be run by DIAL, Australia’s leading dairy technology company, on ASCA’s behalf.