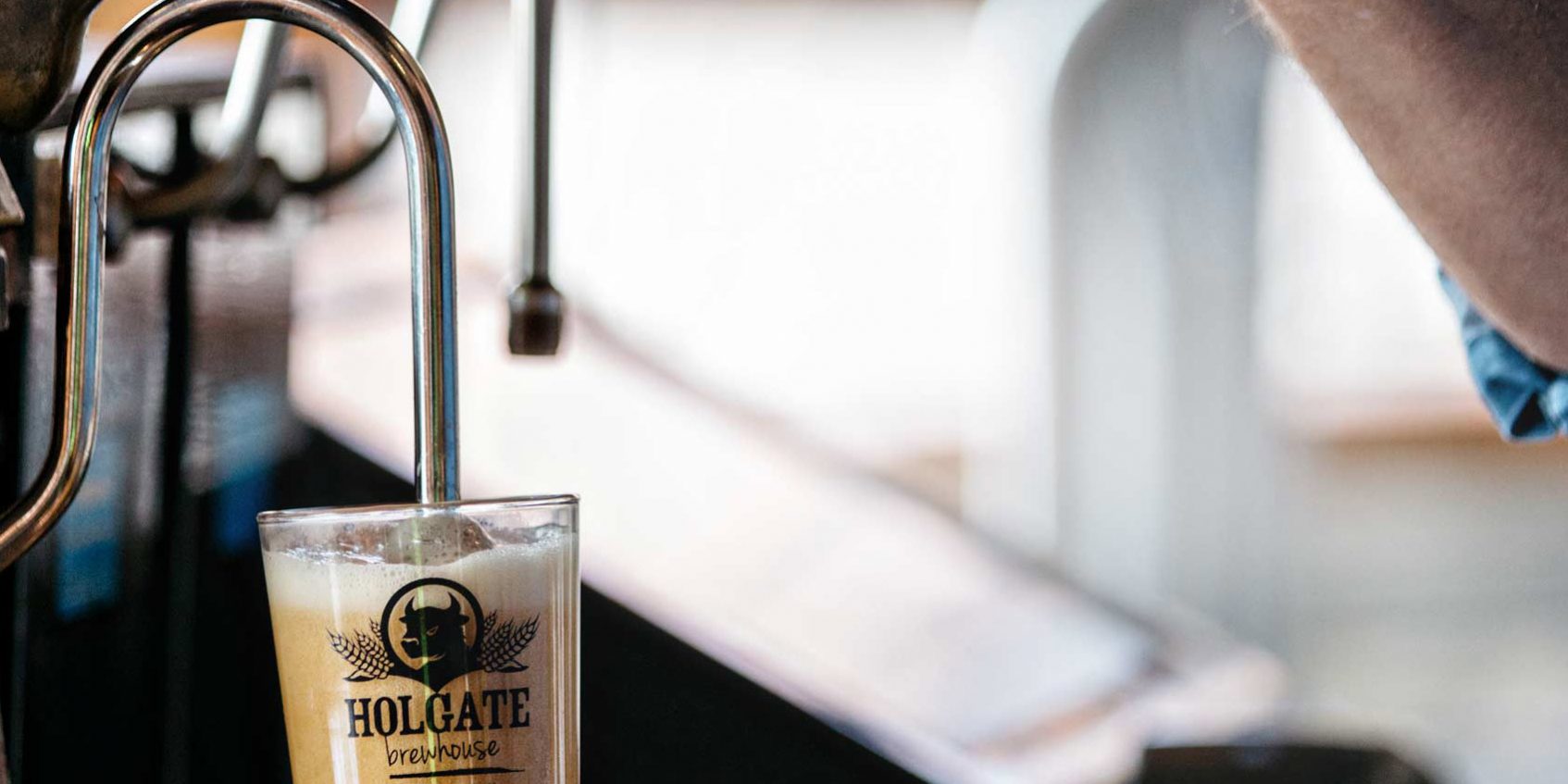 Pioneering Victorian brewery Holgate Brewhouse, is on the verge of opening its greatest expansion yet.

Holgate was founded by owners Paul and Natasha Holgate in 1999, in the little country town of Woodend. The brewery has helped shape the area as a mainstay for visitors to the Macedon region.

Holgate’s landmark face-brick building, which formerly housed the stagecoaches travelling to and from the Bendigo gold fields, is now both a thriving brewhouse and guesthouse.

Paul and his team have been using the same old brewhouse from back when Paul was still brewing in his backyard – it was high time for an upgrade.

Construction commenced on an expansion project to the rear of the existing brewhouse in 2016.

“When we first started the brewery, it was always our intention to move the brewery to somewhere with a retail space so we could sell beer directly to the consumers and be involved in tourism,” Paul explained.

“The huge space to the rear of the heritage site has always been earmarked for an expansion project.”

The new building shows promising signs of a “state-of-the-art” brewhouse and beer and brewing discovery centre, but is still very much a building site.

Stage one of the expansion project has been building the larger commercial area for brewing operations. The production facility has an expanded and upgraded fermentation cellar, automated malt handling equipment and a German high-speed packaging line. Paul said that he’s designed the building so that he can continue to expand his fermentation capacity well into the future.

“Stage one has given us a lot more room and a whole heap more capacity over the last 12 months,” Paul explained.

“We’ve moved into the cellar and have been been kegging and packaging on the new line.”

“The small village of Woodend, we don’t want to be running overnight shifts, so we’ve put in equipment where we can get everything done in a day shift.”

“It’s about quality of life and work life balance for our staff.”

Holgate’s new three vessel 50hl German Braukon brewhouse should arrive next month, with brewing to begin in October. The new brewhouse will allow Paul and his team to brew one beer per day, instead of the three or four they’re brewing now to fill just one fermentation tank.

“It’s a pretty hard task and our brewers have been doing it hard for the past couple years pushing out this amount of beer.”

Paul said that he’s invested in a lot of high-tech “stuff” to make Holgate’s processes more cost effective and efficient.

“The new system has a lot of automation and a lot of malt handling with it as well.”

“That’s the grand vision and what we’ve been investing in for the future of our business.”

Stage two of the expansion project has a retail and consumer focus and is about halfway through completion. Paul and Natasha have secured a State Government grant to assist them in building what will be a visitor centre.

The open-aspect facility will house a showroom so visitors can see the new brewhouse, as well as a tasting room, museum, merchandise sales and accommodation check in.

Paul wants the visitor centre to act much like an education hub for craft beer “newbies”.

Paul, who has been project managing the whole expansion himself, said that “it’s been a long haul, but we’re getting there”.