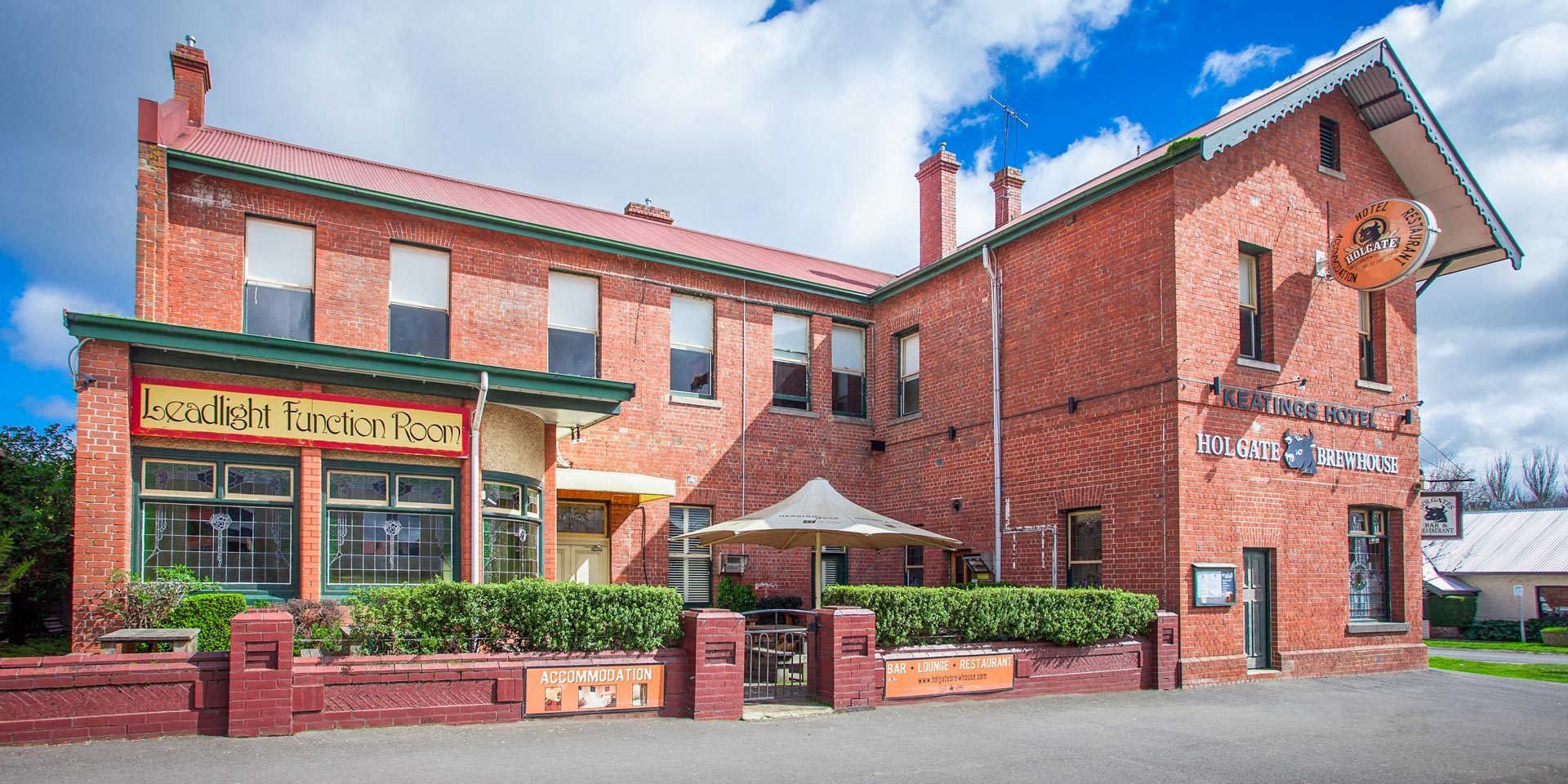 The explosion in popularity of craft beers over the last few years has been phenomenal, and has come about as we search for an alternative to the generic, mainstream, multi-national offerings that were usually on offer.  Holgate Brewhouse in the Macedon Ranges Shire has been a trail-blazer in the craft beer industry for almost 20 years now.

Paul and Natasha Holgate, owners of “Holgates” as it’s known by the locals, began their brewing business out of the garden shed in 1999.  It was a natural progression that grew from a passion for making bread, preserves and, of course, beer from scratch.  This led to bigger and greater things as they refined and grew their craft beer production.  Both were initially holding down their regular jobs and raising a young family; Paul would be brewing at night and on the weekends with Natasha delivering kegs to Melbourne in the family ute, and their daughter coming along for the ride in a baby capsule.  The Holgate’s family and friends were roped into bottling beer in a similar way to the Italian families who are known for making delicious passata for days.

Woodend, in the Macedon Ranges, being a two-pub town, was a natural choice in which to settle for the Natasha and Paul.  When the historic 19th-century red brick former Cobb & Co Keatings Hotel came on the market; all stops were pulled out to purchase it with a view of what could be achieved in years to come.

After a significant renovation in 2002, the brewing equipment was finally moved from the back shed in 2006. Since then, it has been full-steam ahead for the Holgate family; utilising the crystal-clear Macedon water, they produce a range of multi award-winning beers that suit any palate.

Almost 20 years on, the innovation continues, with the installation of a piece of state-of-the-art brewing equipment, from one of the world’s leading German brewhouses . This coincides with the imminent opening of the Beer Brewing Visitor Discovery Centre and Taproom.

A visit to Holgate Brewhouse is well worth the one-hour trip from Melbourne.  Sample a tasting paddle or pint over lunch or dinner. You won’t be disappointed.