Dan Barber, author of The Third Plate, is on a mission for flavour and sustainability 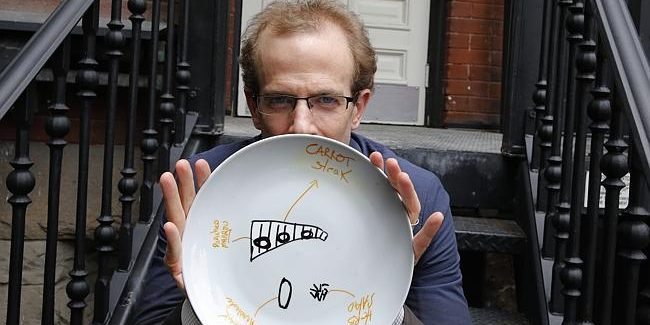 ASK US chef Dan Barber what sort of response he expected from the release of his book The Third Plate: Field Notes on the Future of Food, and he doesn’t miss a beat.

“I had hoped for the Nobel prize,” he says, deadpan. “Anything less is a disappointment.”

Cue chortling, but don’t forget that line about good jokes and grains of truth. For Barber, 45, is no ordinary chef, and it’s not every day a book about the food system makes The New York Times’ bestseller list. Sustainable food activist; one of Time magazine’s 100 most influential people in the world (2009); chef at Michelin-starred Blue Hill New York and World’s 50 Best Restaurants-listed Blue Hill at Stone Barns; adviser to President Barack Obama on agriculture and nutrition; acclaimed TED speaker … Barber’s record of achievements is dizzying enough, and then you read his book and discover what may be his most important one yet. He is the first man on Earth to make soil scintillating.

Ten years in the writing, The Third Plate — the title refers to an idealised view of how we will eat in the future — is a manifesto, a call to all thinking eaters to look beyond the fashionable preoccupation with paddock-to-plate cooking. In the US, they call it farm to table, but it comes down to the same thing: those breathless couple of lines on all on-trend menus assuring you the chef sources only “local, seasonal and sustainable” food. An avid locavore and farmers market advocate himself, Barber started questioning his own philosophy after realising the local food movement had failed in its promise of change for the majority. What is needed, he argues, is a provocative new idea: one with greater respect for soil and sea, for nature itself.

The Third Plate is published by Hachette Australia ($33).