Cholesterol aside, eggs are the ultimate homemade miracle food 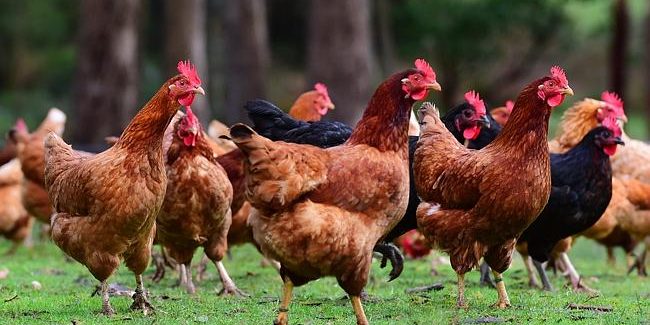 “Paolo is a “beyond organics” disciple of American farmer and author Joel Salatin’s theories and practices.” – John Lethlean, The Australia

First, the bad news. For me, anyway. Cholesterol. It’s quite up. Even on statins, which have been a yummy part of the daily diet for years. Cholesterol medicine is the stuff of Big Pharma nirvana and I’m doing my share — with the assistance of other taxpayers, because it’s a PBS drug — to help out those Swiss companies.

The good news? Well. I convinced myself it was eggs. I went through a phase last year when the flock was up and the birds were fecund and, as a consequence was eating ouefs like a Frenchman at an omelet competition.

Those of you who have found yourselves bored enough to have actually read this column before may recall I’ve added “chook keeper” to the CV, but between disease, foxes and a feral cat the flock has fluctuated in size and strength. Considerably. So, for a variety of reasons, including that poor number from the pathologist, I almost stopped eating eggs for about four months.

Guess what? It made hardly any difference.

So my love affair with the “humble egg” (what’s humble about an egg? I ask you, it’s a miracle of nature) is back on. It’s an affair that is really down to lust, born of the freshness and natural yumminess of my own googies from chooks fed a tantalising mixture of nice grains, shell grit, backyard grass, whatever bugs and stuff they get chooking around in the fox-infested neighbourhood, and some fairly awesome scraps. Plus cheese. Chooks love cheese.

I’m lucky. I get it. I don’t live in suburbia and have the space and time to indulge this little bit of Good Life nonsense. Given how many $65 heritage breed birds I’ve bought during the past two years, the vet bills, the cost of housing the critters, yada yada yada, I’d be frightened by the true cost of every egg we’ve had from the girls. But it’s like buying a house, isn’t it; you don’t necessarily do it for rational financial reasons. And what price do you put on the amusement derived from listening to your wife talk to these poor dumb but rather endearing creatures?

Anyway, with the flock down to a low of four, from a maximum of nine around August last year, we went out to see a real egg man. A farmer. Let’s call him Paolo.

Paolo had offered to give — yes, that’s right, give — us four Isa Browns, ever-reliable workhorses of the national backyard chook enthusiast firmament. And the reason? He’d just bought 1000 new Isa Brown chicks and couldn’t risk any cross-infection from his old birds, so they had to go. Pleased to be of help.

Paolo is the kind of farmer who makes you feel good about the future of food. His aim is to produce and sell the very best eggs he can, consistently. This involves some things you’d expect and some you wouldn’t. In the latter camp? Well, did you know a chicken has a window of only about 14 months to produce perfect eggs? As they get older, the reliability of their shell strength diminishes, so an egg farmer needs to manage his flock accordingly. He hopes to move the older birds on to a humane destinations, such as rescue chook services or as backyard pets for suburbia. Or me, maybe?

And the former? Paolo is a “beyond organics” disciple of American farmer and author Joel Salatin’s theories and practices. On his lovely, chemically unenhanced pastures at Yandoit, in Victoria’s Central Highlands, this means his cattle and sheep come through and eat the long grass, and do what they do, to be followed by the 2500sq m electric fence pen that confines the birds and their various caravans, feeder and water trailers. The chickens prefer the shorter grass. Grass is very important for good eggs.