A New Way To Experience The Garden Of St Erth 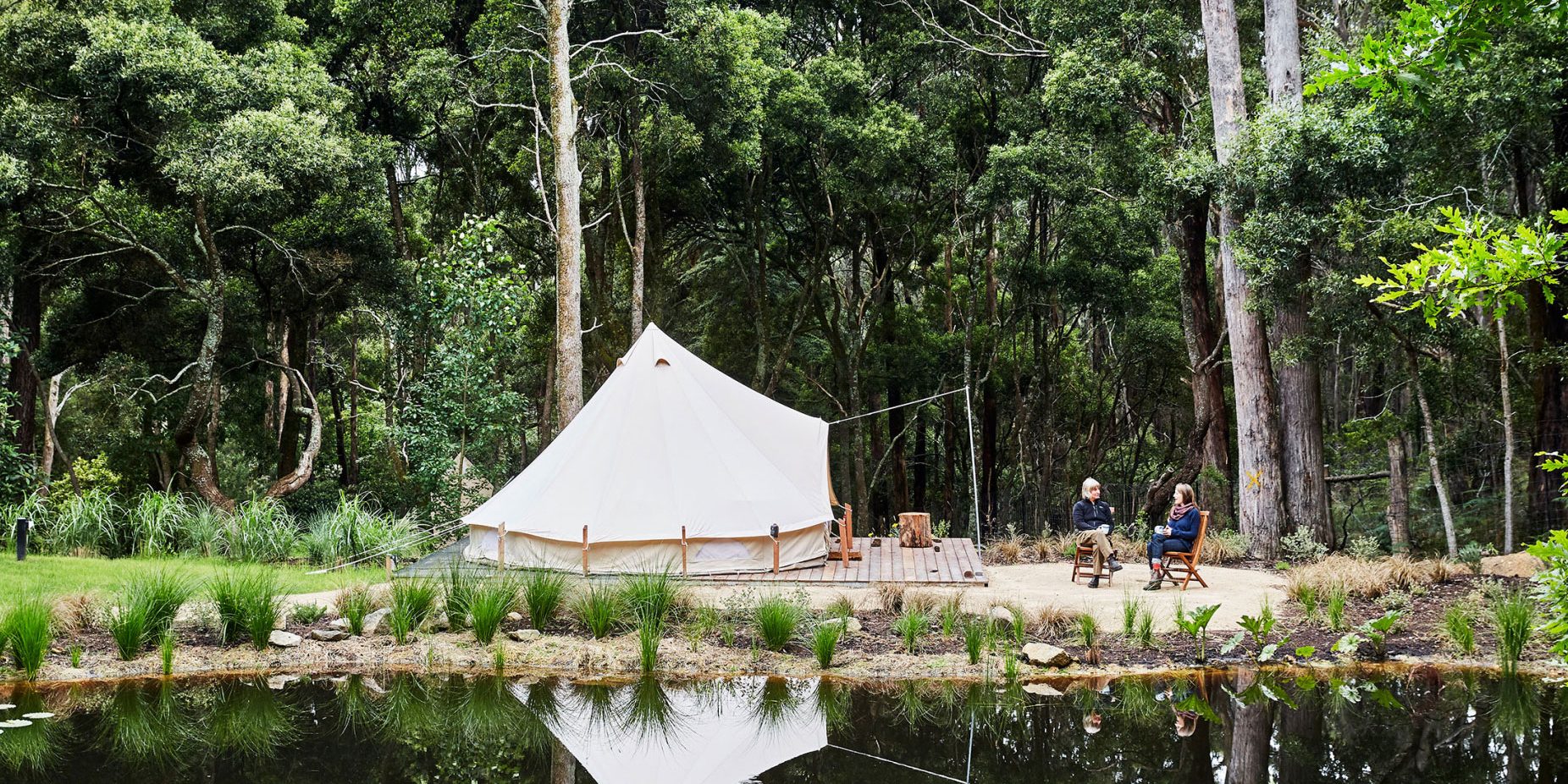 The Garden of St Erth is a rambling delight located in Blackwood, Victoria.

A charming country garden lovingly cultivated by The Diggers Club since 1996, this oasis now offers glamping stays, so its beauty can be enjoyed from dusk to dawn!

We ventured just over one-hour north-east of Melbourne’s CBD to take a look.

good garden tells the story of a place. It speaks of culture and climate, history and hope. It is of the present, yet also of the past. A good garden is a response, not a statement. The garden of St Erth, a rambling cottage-ish delight, nestled into the elbow of a low hill in the central Victorian town of Blackwood, is a damn good garden.

St Erth’s story began with the scent of gold. A man named Matthew Rogers moved to the area from Sydney, with the hope of making his fortune mining gold in the area. He built a small sandstone cottage on the property in the 1860s and named it St Erth, after his birthplace in Cornwall. As is often the case, the gold ran out, and the town of Simmons Reef shrank from 13,000 people to a handful of goats, who apparently roamed freely inside the old sandstone cottage.

Around 100 years later, in the 1960s, the Garnett family bought St Erth as a holiday residence. Tommy and Penny Garnett moved permanently to the property in 1973, and soon began work in the garden. Tommy was a passionate and knowledgeable plantsman and gardening editor of The Age newspaper – soon the landscape, under his pair of vibrant green thumbs, began to flourish.

Stretching out from the original sandstone cottage, the garden now covers four hectares and contains over 3000 varieties of plants. The Diggers Club took over the care of the garden in 1996 and it has now been gifted to The Diggers Foundation, ensuring its ongoing care and preservation.

Julian Blackhirst is the head gardener at St Erth, and has been working in the garden for the last 10 years. It’s a place he feels at peace in, and I can see why. Nestled on gently undulating land surrounded by low hills covered in native bush, it’s a garden that feels intimate and inviting. Its scale invites exploration, and the plant diversity contained within its borders, both ornamental and edible, is astounding. But, like all gardens, it has its challenges.

‘Because it’s an old gold mining town, the soil is basically mining rubble. There are areas where we’ve had to sift out the rocks, and break it up with picks, it was so bad,’ he says. Yet, using good organic gardening techniques like adding plenty of mulch and manures, they’ve been able to transform barren, infertile clay to rich, fertile soil.

In addition to the challenge of the soil, another constant consideration on Julian’s mind is the relationship between the garden and its surrounds. ‘The garden is completely encircled by native bush, and if you’re not careful you can fall into the trap of having no cohesion between the borrowed landscape and what has been created in the garden. In areas of the garden which are under eucalypts we’ll grow plants that go really well with them. This helps link the cottage garden to the surrounding landscape.’

There are two main parts of the garden: the ornamental cottage garden – a delightful space framed around a centre axis (which used to be the main street of Simmons Reef) and the edible garden, which features an espalier orchard with a selection of apple, pear and quince varieties. There are around 25 different types of apples in the orchard, and Julian tells me they’ve been chosen to provide a continuous supply of fruit from early February to June. ‘Most people in Australia only get to taste three or four different varieties of apples from the supermarket. If you grow them yourself, you can choose from 300-400 different types.’

The garden of St Erth is a living, breathing, and incredibly beautiful illustration of the wonder and power of gardens and gardening. It’s a place that inspires big dreams, a place of play and rest, beauty and meaning. Finally, and perhaps most importantly, it’s a storehouse of plant diversity – for the benefit of our stomachs, our eyes and the wider world. Vive la difference!

The Garden of St Erth is open seven days a week, 9-5. Entry to the garden is free for Diggers members and children under 16 and $10 for visitors.  There is a plant nursery, shop and café on site. Garden glamping is also available at St Erth and can be booked here.