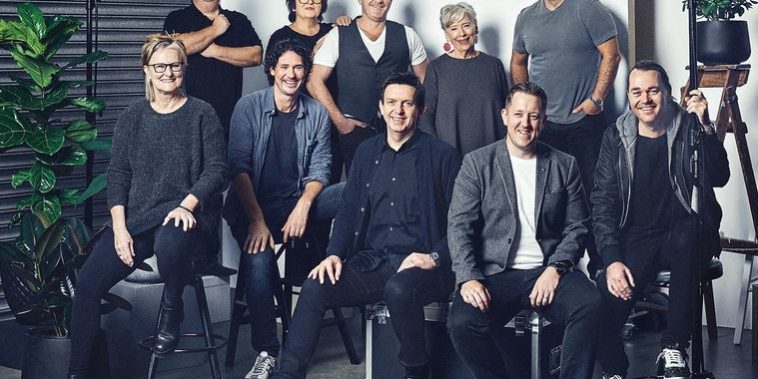 The delicious. Produce Awards, in partnership with Miele, are a celebration of Australia’s magnificent bounty of ethical, sustainable and innovative ingredients, and the passionate, talented people behind them. Read on for our 2017 winners.

It’s called a lazy susan, but the rotating tray at the centre of the delicious. Produce Awards was spinning at a frenetic pace. That morning, 10 of the country’s boldface chefs and cooks had convened in Sydney for Australia’s leading showcase of breakthrough homegrown produce. For two animated days in June, the learned judges tasted, rated and debated every single ingredient from cultured butter to Wagyu beef, pink salt to greenlip abalone, heirloom carrot to spanner crab. In the end, winners were anointed, yet not before the serving turntable almost came off its axis.

Day one kicked off with laughter. When project manager Lucy Allon reiterated that tastings would be blind, new judge Colin Fassnidge beamed waggishly. “That doesn’t mean you’re getting drunk,” declared Matt Moran as he and Guillaume Brahimi chuckled. The trio were the class jesters. In contrast, Christine Manfield and Alla Wolf-Tasker were composed and studious. Melburnians Shannon Bennett, Andrew McConnell and Ashley Palmer-Watts, another new judge, were quietly focused. Maggie Beer and Peter Gilmore, meanwhile, shared erudite commentary on farming.

“It’s a shimonita,” offered Gilmore when the group questioned the provenance of an exotic Y-shaped onion rarely seen outside of Japan; this one hailed from central New South Wales. The ‘From the Earth’ category was particularly well-represented this year, and the judges were elated with the array of vegetables. “Quick, get your ute!” deadpanned Wolf-Tasker on viewing the spread of biodynamic greens, oyster mushrooms and butter lettuces. Some entrants, like a cheese encrusted with green ants, drew puzzled reactions. Others, like a rock lobster weighing in at almost three kilograms, prompted excitable Instagram posts.

The judging extravaganza is the culmination of months of activity. National submissions for the annual awards, now in their 12th outing, begin trickling in the previous year. A chef must nominate each candidate, while Allon ensures they are sustainable, ethical and truly innovative. State judging occurs in March. “We want to spotlight new and native products, and outstandingly consistent producers,” she said. The lengths some players go to are impressive. A farmer from Victoria drove her frozen blueberries to Sydney to ensure their safe passage. Others sent humorous notes to the judges. “I enjoy being your muse, but I long to be your concubine,” wrote one.

Tempestuous discussions marked day two. After Allon and her team totalled the scores, there were clear-cut winners and some prizes to be thrashed out. Manfield praised the capers from South Australia. “What a great initiative,” she said. Fassnidge was wowed by the organic rice from NSW. “It had such complexity,” he said. Bennett was sweet on the Tasmanian leatherwood honey. And on it went until, a few hours later, all the trophies had been allotted. Calmness and camaraderie returned to the room. “Maybe we could all go on tour to France next,” said Wolf-Tasker.

For more be sure to pick up your special copy of the September issue, out August 10.

Producer of the year

The unearthed next gen chef award

Special thanks to our dedicated Produce Awards Project Manager Lucy Allon, who works tirelessly to organise these awards.

State chefs nominate products from their state to put forward to national judging.